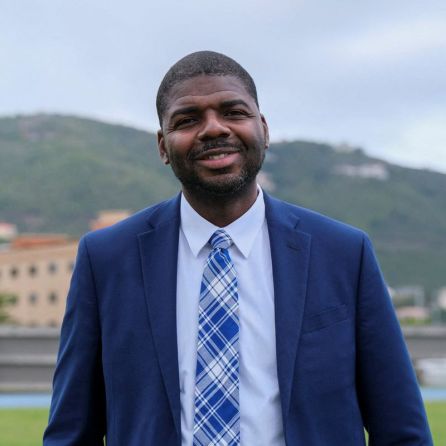 The British Virgin Islands on Thursday swore in Natalio Wheatley as the British overseas territory’s new premier following the removal of ex-premier Andrew Fahie, who was arrested on drug charges in Miami last week.

The move may help the territory move beyond the scandal created by Fahie’s embarrassing arrest, but the British Virgin Islands still faces scrutiny over corruption that may lead the United Kingdom to assume direct governance from London.

“This swearing-in ceremony represents another important and necessary step in renewing our cherished democracy and reforming out institutions,” said Wheatley, the former deputy premier who will also hold the post of finance minister.

“It is my hope that this day will be remembered as the day we began a new era of democratic governance.”

Governor John Rankin in a speech said he had revoked Fahie’s mandate following a no-confidence vote in the House of Assembly.

Theresa Van Vliet, a lawyer representing Fahie in Miami, declined to comment. In a court hearing on Wednesday, she said Fahie will plead not guilty to the charges.

A commission of inquiry last week said the territory’s elected government should be dissolved and its constitution suspended for two years due to systematic dishonesty.

The commission’s report concluded that millions of dollars in state funds were being spent without proper processes, adding there was evidence of widespread abuse in appointments.

The report was not directly linked to Fahie’s arrest, but British Foreign Secretary Liz Truss said his detention demonstrated the importance of the inquiry.

Fahie, 51, was arrested at a Miami airport along with the managing director of the territory’s Ports Authority, Oleanvine Maynard.

The U.S. Department of Justice says Fahie in recorded meetings with a confidential source from the Drug Enforcement Administration agreed to help smuggle cocaine through the territory in exchange for a portion of the proceeds.