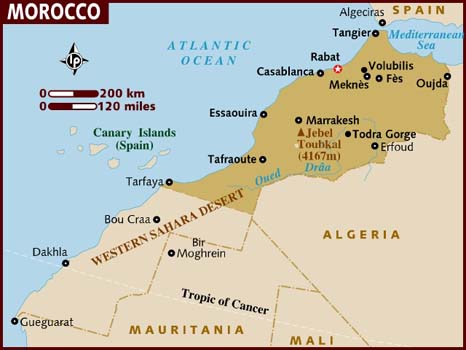 It also appeared to relax border controls with the Spanish enclave of Ceuta leading thousands of migrants to cross, a move seen as retaliation for Spain’s hosting of Ghali.

Morocco regards Western Sahara as part of its own territory. The Algeria-backed Polisario seeks an independent state in the territory, where Spain was colonial ruler until 1975.

Benyaich did not specify which comments by Spanish Foreign Minister Arancha Gonzalez Laya had angered Morocco. However, a diplomatic source in Rabat pointed to an interview in La Razon last week.

Laya was quoted in the interview saying Ghali’s arrival in Spain was not secret “but discreet” and adding that it was a decision for Spain to make.

Separately, Ghali, who has been hospitalised with COVID-19 in Logrono in the Rioja region, will attend a high court hearing remotely next Tuesday from hospital, his lawyer’s office said.

Morocco has said that it may sever ties with Spain if Ghali left the country the same way he entered without a trial.