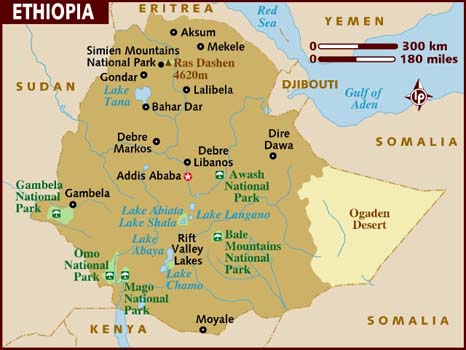 The Oromo are Ethiopia’s largest ethnic group and the Amhara are its second largest. The Amhara and Oromiya regions share a border and attacks on civilians from one ethnic group living on the other side of the border have been rising in recent months.

The latest incident happened in the north of the country, in Ataye town in Amhara region on Friday, after Amhara’s security forces killed a shopkeeper, said Jemal Haasen, head of the region’s Jile-Temuga district of Oromo Special Zone.

The zone is classified as special because it is in Amhara region, but residents are predominately Oromos.

“Then everyone went to their house and brought their rifles and that is how the clash began,” he said, referring to civilians fighting Amhara security forces.

“Only in one health post, I have seen 53 people who were injured, and 18 people killed. All of them are from Oromo ethnic groups.”

Gizachew Muluneh, spokesman for the Amhara regional administration, did not respond to messages seeking comment on the death of the shopkeeper or the broader incident.

Elias Abebe, head of Qewot District in Amhara’s North Shoa Zone, said the fighting was caused by a splinter group from the Oromo Liberation Front (OLF), an opposition party that spent years in exile but was unbanned along with dozens of other groups after Abiy took office in 2018.

“We are still assessing the damage, but many have died, and even a church was also burned down,” Elias said.

The splinter group, known as OLF Shane or the Oromo Liberation Army (OLA), said it was not present in the area where the fighting took place.

OLA spokesman Odaa Tarbii said in an emailed response: “The Amhara regional state government is seeking justification to commit another act of ethnic cleansing by claiming they are fighting OLA in Wollo.”

“The fighting has been between heavily armed and battle hardened Amhara special forces and Oromo farmers who carry AK-47s as part of their tradition,” he added.

Following the incident, the Ministry of Defence said Sunday it had established a military command post in the area, and said individuals were banned from carrying firearms within 20 km of the main roads between the Amhara towns of Kombolcha and Debresina.