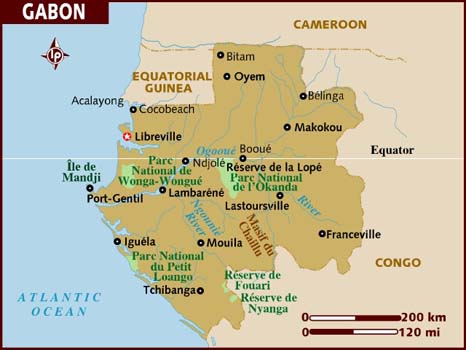 Lawmakers in Gabon’s lower house of parliament voted to decriminalise homosexuality, becoming one of the few countries in sub-Saharan Africa to reverse a law that punishes sexual relations between people of the same sex.

In the vote late on Tuesday, 48 members of parliament backed the proposed initiative by the government to revise an article of the 2019 law that criminalised homosexuality. Twenty-four voted against, while 25 abstained.

The bill still needs the backing of the upper house, which is expected on Thursday when the Senate votes on it.

The government did not say why it decided to reverse the law punishing gay sex.

Prime Minister Julien Nkoghe Bekale, who initiated the bill, said he had religious convictions, tolerance and respect for human life. “As I am against the death penalty, I am also against the stigmatisation of homosexuals. Congratulations to the parliamentarians for having changed mentalities and being able to adapt to the times,” he tweeted on Wednesday.

Sylvia Bongo, Gabon’s First Lady, also backed the move, saying in an online post that parliament had restored a fundamental human right for its citizens: that of loving, freely, without being condemned.

The decision has sharply divided opinion, and sparked intense debate on social media in the central African nation, and within the dominant ruling Gabonese Democratic Party (PDG).

On Wednesday afternoon, four protesters against the law were briefly detained by police in front of the Senate.

“My attachment to the constitution, and to our ancestral values do not command me to authorise or encourage such practices,” said PDG lawmaker Blaise Louembe, who voted against the law.

“Forty-eight lawmakers have shaken an entire nation and its customs and traditions,” another lawmaker who voted against the revision, said.

Gabon had been one of 73 countries or jurisdictions worldwide that criminalises sex between men and sex between women. In Gabon, convictions drew punishments of at least six months’ imprisonment and a fine of 5 million FCFA (an equivalent of $8,715), according to London-based rights group Human Dignity Trust.

While Tuesday’s vote to allow same-sex intimacy was met with glee by many in the LGBT+ community, others feared a backlash.

“The major part of the citizens are against it,” Leslie Obuo, an LGBT+ journalist based in Gabon, said.

“It is a good thing that this has happened and I am happy. But I will not be surprised if there’s a riot in the near future and that forces the government to put the law back in place,” said Didier, a gay Gabonese man.

“Some said the president should lead the way and become gay since he wants to turn the country gay – because that is what they think this move means,” said Didier, who declined to give his full name for fear of homophobic violence.

Thibault, a gay lawyer in the capital, Libreville, who also declined to publish his full name, said he was surprised at the government’s U-turn, especially during the COVID-19 pandemic.

“Just them starting this has stirred up homophobia and when or if it is passed, I expect that the law will be met with resistance from the general population,” he said.

“Riots and violence against the community will probably peak and eventually the government might do another U-turn.”