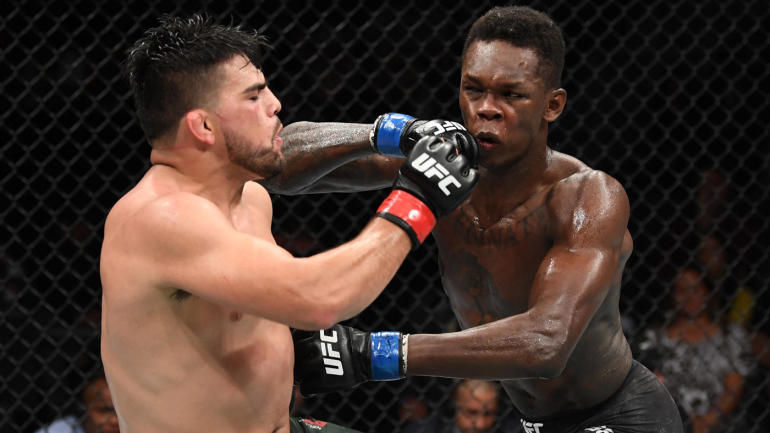 Nigerian-born fighter Israel Adesanya knocked out his American opponent Kelvin Gastelum twice in the main event of the UFC 236 and claimed the UFC interim middleweight title on Sunday morning.

The Nigerian was announced the winner via unanimous decision in an epic five-round fight that would go down as a classic. Adesanya (17-0) repeatedly dropped a bloody Gastelum late in a savage Round 5 en route to a unanimous decision (48-46, 48-46, 48-46) following a see-saw battle that left the State Farm Arena crowd in hysterics on its feet.

It was a thrilling fight at the State Farm Arena in Atlanta that had everyone on the edge of their seats as both fighters left each other bloodied and battered. But it was Adesanya who was announced as the winner via unanimous decision (48-46, 48-46, 48-46) to win an interim championship belt. 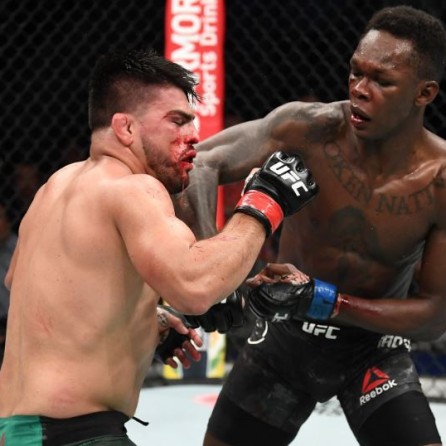 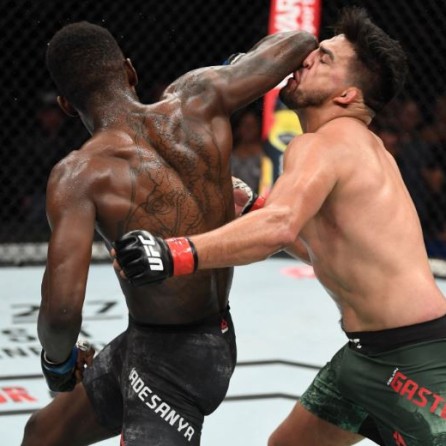 The fight was intense from the first round but it was Gastelum who started the fiercer as he put Adesanya in defense mode. Adesanya got Gastelum with a counter right punch that knocked down the American. Adesanya’s intensity increased from that moment and he punched with much more consistency. Gastelum, however, wasn’t ready to give up yet and he returned fired up in round three although he couldn’t land a punch on Adesanya. In the fourth round, he continued with his intensity and knocked out Adesanya in the final minutes of that round.

In round five, Gastelum attacked Adesanya more, looking for that takedown but the Nigerian countered smartly and with much agility. In the final minutes of round five, it was Adesanya who attacked Gastelum with enthusiasm and he eventually dropped the American fighter with an elbow and he followed up with a ground-and-punch. Gastelum wasn’t out but at the end of the fifth round, Adesanya was declared the winner to remain undefeated in his professional career.