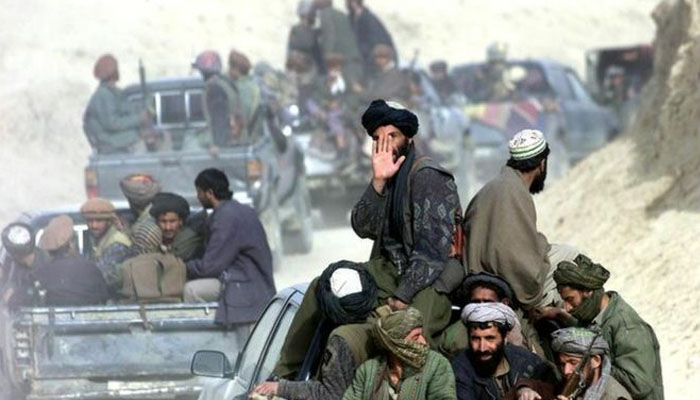 The Taliban rejected on Monday an Afghan government offer of a ceasefire and said they would persist with their attacks, militant commanders said, while insurgents ambushed three buses and abducted nearly 200 passengers traveling for a holiday.

In June, the Taliban observed a government ceasefire over the three-day Eid al-Fitr festival, leading to unprecedented scenes of government soldiers and militants embracing on front lines, and raising hopes for talks.

But one of the Taliban commanders said the June ceasefire had helped U.S. forces, who the Taliban are trying to drive out of the country. Taliban leader Sheikh Haibatullah Akhunzada rejected the new offer on the grounds that it too would only help the American-led mission.

“Our leadership feels that they’ll prolong their stay in Afghanistan if we announced a ceasefire now,” a senior Taliban commander, who declined to be identified, said by telephone.

An official in Ghani’s office said the three-month-long ceasefire declared by the government was conditional, and if the Taliban did not respect it, the government would maintain military operations.

The Taliban have launched a wave of attacks in recent weeks, including on the city of Ghazni, southwest of Kabul. Hundreds of people have been killed in the fighting.

Government officials are trying to secure the release of at least 170 civilians and 20 members of the security forces who were taken hostage by Taliban from three buses in the northern province of Kunduz.

Esmatullah Muradi, a spokesman for the governor of Kunduz, said the kidnapping happened when the buses were traveling through Kunduz from Takhar province.

“The buses were stopped by the Taliban fighters, passengers were forced to step down and they have been taken to an undisclosed location,” Muradi said.

A Taliban commander in neighboring Pakistan said civilian hostages were being divided into small groups to be sent back home. However, members of Afghan security forces had been shifted to the Taliban’s secret jail. “Most probably we would exchange them for our prisoners later,” said the commander.

The Taliban confirmed they had captured three buses packed with passengers.

“We decided to seize the buses after our intelligence inputs revealed that many men working with Afghan security forces were traveling to Kabul,” Zabihullah Mujahid, a spokesman for the Taliban, said.

“We are now identifying members of the security forces,” he said, adding that civilians would be released.

Kunduz provincial council member Sayed Assadullah Sadat said people on the buses were traveling to be with family in Kabul for the holiday.

A senior interior ministry official in Kabul said officials in the area were talking to Taliban leaders in Kunduz to get the estimated 190 hostages released. “We’re are trying our level best to secure freedom for all passengers,” the official said.

Separately, Mujahid said the Taliban would release at least 500 prisoners, including members of the security forces, on Monday, a day before Eid celebrations begin.

Sporadic clashes between Taliban fighters and Afghan forces erupted on the outskirts of Ghazni on Monday as aid workers tried to get help into the city, aid agency officials said.

The government has said its forces had secured the city after the Taliban laid siege to it for five days this month.

At least 150 soldiers and 95 civilians were killed and hundreds were injured. Aid agencies officials said their teams had entered the city but clashes in the outskirts prevented them from launching large-scale operations.