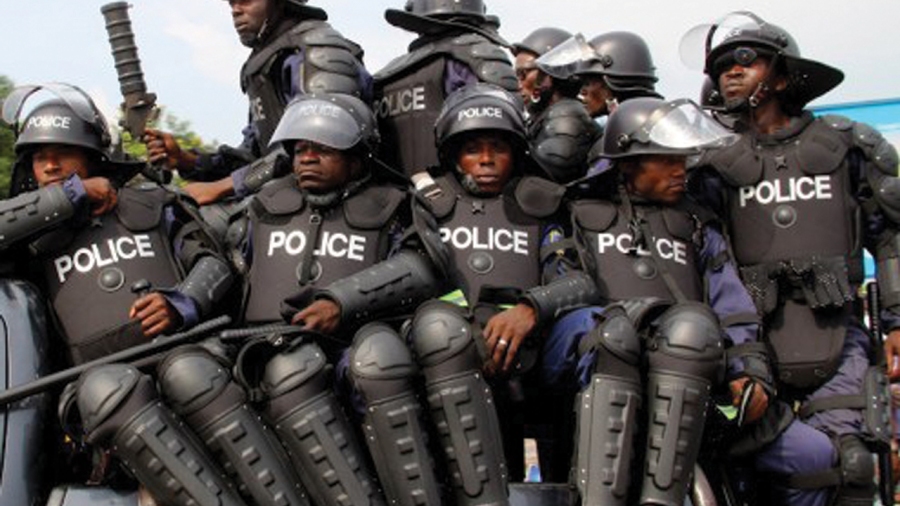 In the operation that lasted over one hour, the robbers killed a policeman and a bank worker.

Another bank worker was also reportedly shot by the bandits in the arm.

An eyewitness said that the robbers stormed the bank, which is located close to the Alawe’s Palace at about 2.45 pm and operated unhindered for over an hour.

They reportedly blasted the bank’s security door with dynamite before gaining entrance.

The eyewitness disclosed that the dynamite also blew up a blue colour Toyota Camry car parked within the vicinity of the bank.

The robbers reportedly stole an unspecified amount of money.

Confirming the incident, the Alawe of Ilawe-Ekiti, Oba Adebanji Alabi, expressed shock at the incident.

He said the robbers turned his domain to a warfront by firing dynamite and grenade which caused panic and paralyzed business, traffic and other social activities.

Oba Alabi said: “It was a terrible experience, my palace is very close to the bank. It was terrifying, it was like a warfront. They kept detonating grenades during the attack.

“I was in the palace during the robbery, the attack happened less than an hour after a bullion van delivered cash to the bank.

“We have been in touch with the governor and the state police command.”