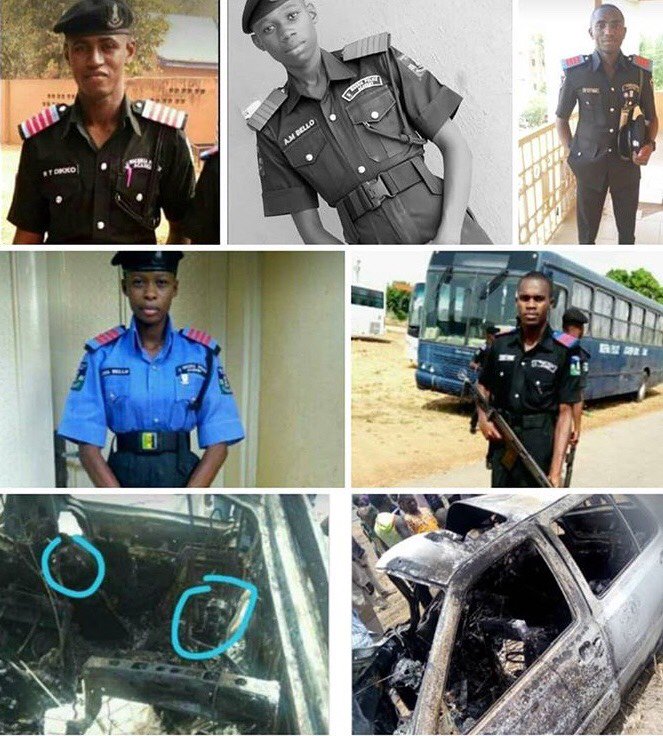 Six cadet Assistant Superintendent of Police (ASP) of the Police Academy Wudil, Kano and two other passengers lost their lives on Sunday in a car accident along the dilapidated Kano-Zaria expressway.

The cadets, including a female cadet ASP Aisha Bello, were said to be on their way home after a semester break when the Golf model car they were travelling in had a head-on collision with a J5 model bus.

Ms Bello was an Ameera (leader) of the Muslim Students Society of Nigeria, MSSN, in the academy.

A witness said that both vehicles were engulfed in flame after the collision which led to the death of seven people including the five cadets.