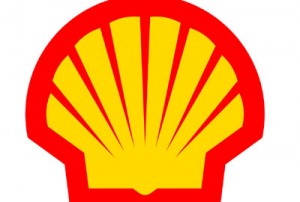 Royal Dutch Shell is nearing the sale of a large part of its North Sea oil and gas assets to private equity-backed Chrysaor for $3 billion, banking sources said, marking a milestone in its drive to reduce debt after buying BG Group.

Chrysaor, a North Sea-focused oil company backed by private equity fund EIG Partners, will acquire from Shell a mix of older fields, new developments and infrastructure in a move analysts say could breathe new life into one of the world’s oldest offshore basins where production has been in a steady decline since the late 1990s.

The anticipated deal in what is a relatively high-cost region has been seen by the industry as a litmus test for the sector’s appetite for buying and selling oil and gas fields, known as upstream, as it slowly emerges from a brutal two-and-a-half year downturn. It could now unlock other deals in the North Sea and other regions.

The deal is expected to be announced in the coming days to coincide with Shell’s full-year results on February 2, several sources said.

Chrysaor will take charge of hundreds of Shell and former BG employees that work on the platforms.

It will also become operator of several fields, highlighting the changing landscape in the North Sea where oil majors such as Shell and BP are finding it harder to make profits.

Chrysaor has been given the green light by Britain’s Oil and Gas Authority regulator to operate fields in the North Sea. The deal also includes an “innovative” structure to tackle the expensive and complex decommissioning of platforms and infrastructure once production in fields is ended, sources said.

For the Anglo-Dutch company, the deal could kick start a string of other upstream sales that have struggled to attract interest throughout the downturn to help it meet its $30 billion disposal target by around 2018 following the $54 billion acquisition of BG Group in February 2016.

Shell’s asset bundle includes a non-operating stake in Buzzard north of Aberdeen, a relatively new field that feeds into the global Brent oil benchmark and a share in Shell’s 55 percent holding in the BP-operated Schiehallion oilfield some 110 miles (180 km) west of the Shetland Islands.

Other assets include the Nelson, Armada, Everest, Lomond and J Block fields, and Shell’s stake in the Statoil-led Bressay development, according to banking sources.

Shell has sold or agreed to sell around $7.8 billion of assets since announcing the deal in April 2015, though the majority of them were in the refining sector and infrastructure.