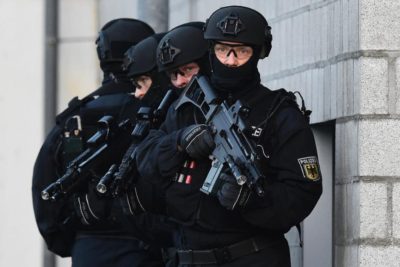 Police in Germany say they have foiled a possible terror plot to attack Europe’s largest shopping mall and a popular Christmas market in the western city of Oberhausen.

Two brothers from Kosovo, aged 28 and 31, are “suspected to have planned an attack on the CentrO in Oberhausen,” Essen police said in a statement released Friday.

The arrests come on the heels of Monday’s truck attack on the Christmas market in Berlin, which left 12 people dead and 48 injured. A manhunt for the suspected attacker, 24-year-old Anis Amri, is underway.

The two men were arrested in the city of Duisburg which is about 15 kilometers (9.3 miles) from Oberhausen, police said.

The arrests were made hours after officers received “a relevant tip from security circles,” the statement said. An investigation is ongoing into how advanced the suspect’s plot may have been and who else may be involved, police said.