A strong earthquake brought down buildings in mountainous central Italy early on Wednesday, trapping residents and sending others fleeing into the streets, with at least 10 people believed killed.

The quake caused serious damage to a number of towns and villages, but did not seem to have hit heavily populated areas.

The worst affected towns were believed to be Accumoli, Amatrice, Posta and Arquata del Tronto.

“Now that daylight has come, we see that the situation is even more dreadful than we feared with buildings collapsed, people trapped under the rubble and no sound of life,” said Accumoli mayor Stefano Petrucci.

Earlier, Petrucci told RAI state broadcaster that a family of four had been buried when their house collapsed, adding that there was no indication they had survived.

RAI quoted police as saying two people were known to have died in the nearby village of Pescara del Tronto. Two bodies were removed from the debris in the small town of Amatrice.

“Three quarters of the town is not there anymore,” Amatrice mayor Sergio Pirozzi told RAI. “The aim now is to save as many lives as possible. There are voices under the rubble, we have to save the people there.” 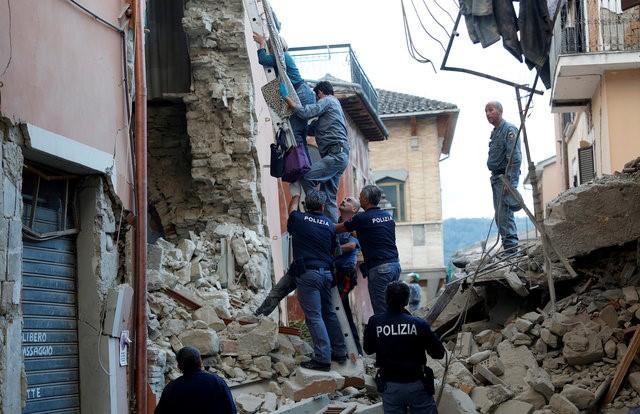 The town’s hospital was badly damaged by the quake, with patients moved into the streets.

The earthquake caused damage to towns in three regions – Umbria, Lazio and Marche. The U.S. Geological Survey, which measured the quake at 6.2 magnitude, said it struck near the Umbrian city of Norcia, which has a picturesque historic centre and is a major tourist site.

Mayor Nicola Alemanno said no deaths had been reported in Norcia. “The anti-seismic structures of the town have held. There is damage to the historic heritage and buildings, but we do not have any serious injuries,” he told RAI.

Residents of Rome, some 170 km (105 miles) from the epicentre, were woken by the quake, which rattled furniture and swayed lights in most of central Italy.

The Italian earthquake institute (INGV) reported 60 aftershocks in the four hours following the initial quake, the strongest measuring 5.5. It measured the original quake at 6.0. 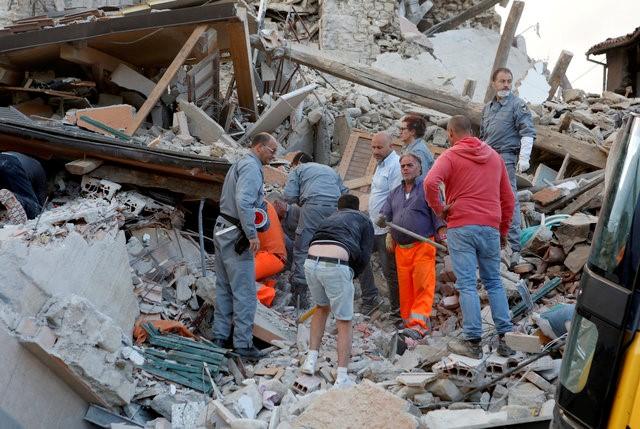 Italy sits on two fault lines, making it one of the most seismically active countries in Europe.

The last major earthquake to hit the country struck the central city of L’Aquila in 2009, killing more than 300 people.

The most deadly since the start of the 20th century came in 1908, when an earthquake followed by a tsunami killed an estimated 80,000 people in the southern regions of Reggio Calabria and Sicily.