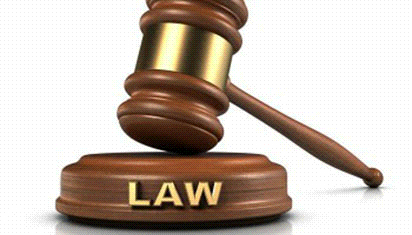 Omatseye was arraigned before the court over alleged bid rigging and N1.5billion contract scam filed against him by the Economic and Financial Crimes Commission, EFCC, in 2010.

The accused pleaded not guilty to the 27-count charge and had been granted bail on self recognition.

On the resumed hearing of the matter on Monday, 14 March, Justice Rita Ofili-Ajumogobia reserved judgment in the trial after lawyers to the prosecution, Chief Godwin Obla (SAN) and the defence, Mr Edoka Onyeke adopted their final addresses.
The judge said that the date for judgment would be communicated to parties.

Onyeke, had in his address urged the court to discountenance the arguments of prosecution and dismiss the charge against his client. He argued that the prosecution had not been able to proof its case beyond reasonable doubt.

Onyeke said that out of the 27-count-charge against the accused, 25 dealt strictly with the issue of approval of contract above the threshold while the remaining two were on bid rigging.
He noted that the prosecution did not proof that exhibit PD 16, which it relied on in dealing with the issue of threshold, got to NIMASA at the time the contracts were awarded.

On the issue of bid rigging, Onyeke argued that by the provision of sections 58 (10) (a) of the Public Procurement Act, the offence of bid rigging cannot be committed by a single individual.
He argued that throughout the length of trial, the prosecution failed to call any witness to proof the alleged collusion of the accused to commit bid rigging.

Onyeke urged the court to discharge and acquit his client.

Obla, on the other hand, urged the court to hold that the case of the prosecution was “as clear as daylight, and has been proven beyond reasonable doubt”.

On the issue of failure of prosecution to lead evidence as to conspiracy to commit bid rigging, Obla submitted that the facts of the case spoke volumes.