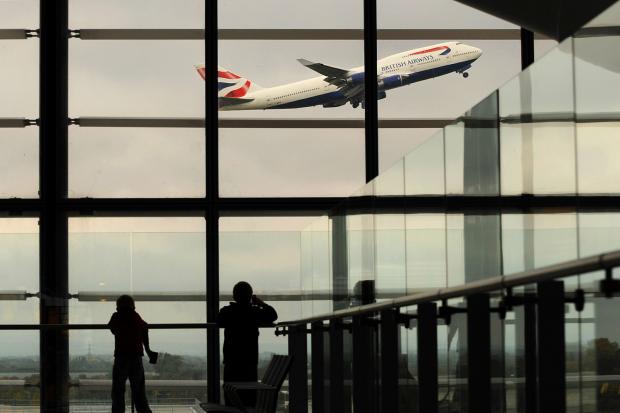 A British Airways flight was struck by a suspected drone as it prepared to land at Heathrow Airport this afternoon.

Police are investigating after an object, believed to be a drone, hit the front of the passenger plane as it approached Heathrow’s Terminal 5 at around 12.50pm.

The pilot was able to land the BA727 flight from Geneva, which had 132 passengers and five crew on board, safely, police said.

British Airways said the Airbus A320 was examined by engineers and cleared for its next flight following the incident.

A Metropolitan Police spokesman said, “A pilot on an inbound flight into Heathrow Airport from Geneva reported to police that he believed a drone had struck the aircraft.

“It transpired that an object, believed to be a drone, had struck the front of the aircraft.

“No arrests have been made and enquiries continue.

“Aviation police based at Heathrow investigate.”

Officers at Heathrow tweeted: “Officers are currently speaking to a pilot who has reported a drone flying very close to his aircraft on approach to Heathrow.

“This is dangerous, it is also a crime. Please be aware of the rules before you start flying a drone.”

A British Airways spokesman said, “Our aircraft landed safely, was fully examined by our engineers and it was cleared to operate its next flight.

“Safety and security are always our first priority and we will give the police every assistance with their investigation.”

The strike is the latest in a string of incidents involving drones and aircraft in London airspace.

Last September, a drone came within 20 metres of a collision with a passenger jet as it flew above the Houses of Parliament towards City Airport, the UK Airprox Board said.

The air safety watchdog also reported a passenger jet being involved in a near-miss with a drone as it came into land at Heathrow Airport in the same month.