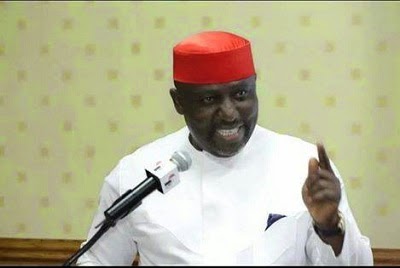 Retired permanent secretaries in Imo State, have appealed to Governor Rochas Okorocha to exercise some measure of love and pay their outstanding arrears of stipends.

The retirees made the appeal yesterday, through a letter signed by the Secretary of Imo State Association of Retired Permanent Secretaries, ARPS, Comrade F. I. Agba.

The pensioners acknowledged that some of them were only paid three months of their accumulated stipends, stressing that the minimum outstanding arrears is nine months and this differs from one individual to another.

The ARPS leadership was not very pleased that government was yet to harken to their passionate appeals till date.
“We have written several letters to the governor and even asked for audience but there was no response from the governor. It is important to note that Section 210 of the 1999 Constitution as amended, does not permit withholding of pensions, for even one day, unless in accordance with the law,” the senior citizens stated.

After quoting other vital sections of the Constitution, the ARPS leadership opined that pensions and gratuities are treated as first charge on the state consolidated revenue fund that takes precedence over any other government expenditure.