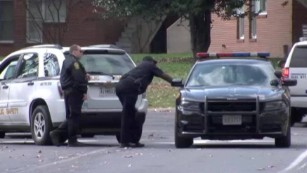 A Washington College student who had been missing since Monday when he left his parents’ home with a gun was found dead on Saturday
with what police said was a self-inflicted wound to the head.

Jacob Marberger’s disappearance with the weapon had prompted the college in Chestertown, Maryland,
to close early for Thanksgiving.

His body was found in the picnic area of the Hawk Mountain Sanctuary in eastern Pennsylvania, about 75 miles from his home in Cheltenham. Police said the death was a suicide.

“He was not pointing it at anybody, he wasn’t threatening anybody with it — it sounds like he was
brandishing it, bragging about it,” Washington College President Sheila Bair said at a news conference. The weapon was subsequently seized by police.

In recent days, Marberger, 19, had been kicked out of his fraternity and resigned from the Student
Government Association, WJLA reported.
Bair said that classes will resume on November 30.