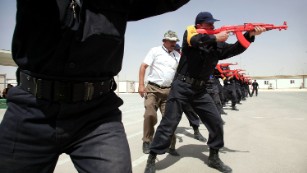 A Jordanian policeman, on Monday, opened fire at a police training centre outside Amman, killing two Americans, a South African and a Jordanian.

Two other Americans and four Jordanians were wounded in the incident at the King Abdullah Special Operations Training Center near the capital, Amman, according to reports.

The police officer had recently been fired but it remains unclear if that was the reason for the shooting.

President Barack Obama said the US was taking the attack very seriously.

Civilian contractors from the US and elsewhere assist Jordanian police trainers at the facility in
Muwaqqar, on the eastern outskirts of Amman.

Jordanian government spokesman Mohammed Momani told the Associated Press that an investigation had been launched into whether the motive for Monday’s shooting attack at the JIPTC was personal or political. 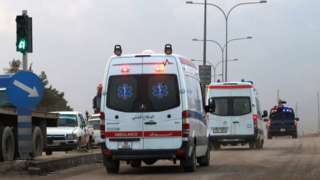 The assailant was a senior trainer with the rank of captain, a Jordanian security source was quoted as saying by Reuters.

The US embassy in Amman confirmed that two US government employees were killed and two
wounded in the incident.

“Our heartfelt condolences go out to the families of all of the victims. The investigation is ongoing and it
is premature to speculate on motive at this point,” a statement said. “We are working closely with the government of Jordan and local security services on a full and comprehensive investigation.”

“We strongly condemn this incident and we deeply appreciate the co-operation and support received
from our Jordanian partners.”

The incident comes on the 10th anniversary of bombing attacks by al-Qaeda in Iraq on three hotels in Amman which killed more than 50 people.