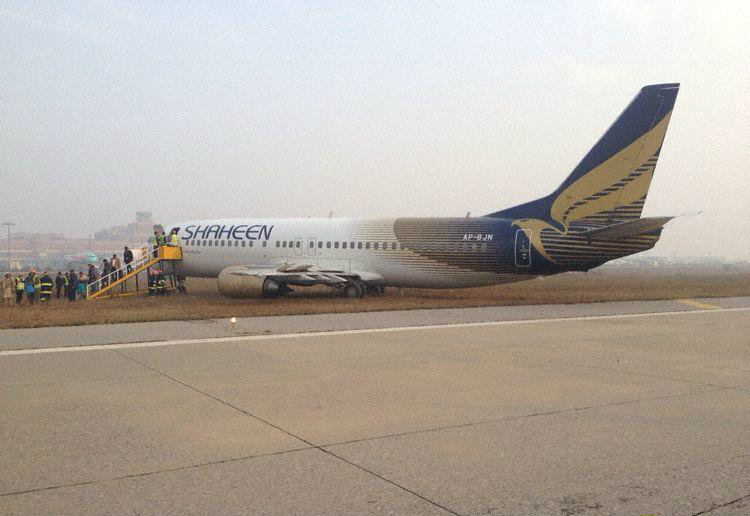 Over 120 people on board a private Pakistani airline on Tuesday had a narrow escape when the aircraft skidded off the runway of the Allama Iqbal International airport after its landing gear reportedly malfunctioned.

All 112 passengers on board the Shaheen Airlines NL-142 Karachi to Lahore flight remained unhurt
and were safely evacuated via the emergency escape chute.

Airport officials said the plane’s landing gear malfunctioned and its tyre burst as it touched ground. They added that the Shaheen Airlines plane veered off the runway and landed on the grass.
The runway was temporarily closed for flights following the landing. 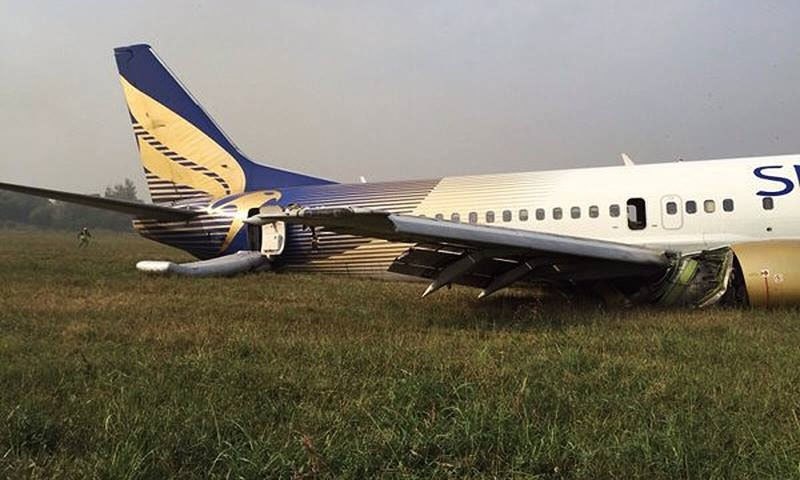 Photos showed the airplane on a grassy patch off the runway, and it appeared the main landing gear
was broken off as the plane sat on its belly.

An initial report by the Civil Aviation Authority (CAA) said the aircraft’s landing gear, windows and right wing were damaged in the landing. The CAA added that it had initiated its investigation into the incident. 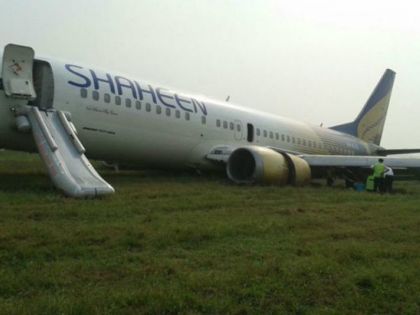 Ambulances and rescue teams immediately rushed to the spot and offloaded the panicked passengers
through the emergency gate of the plane.

The pilot of the aircraft had given prior intimation to airport authorities regarding the fault in the landing gear before making the emergency landing.

Aviation authorities and the fire brigade reached the spot in a timely manner.

An official at the airport said at least 10 passengers suffered minor head injuries. The injured were
provided medical aid by the ambulances staff.